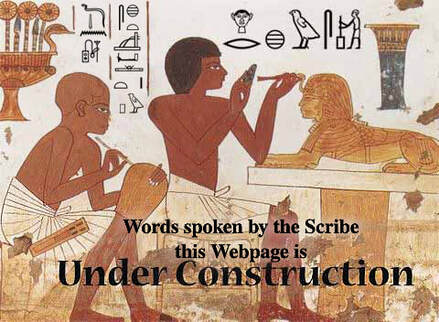 𓇋𓅱𓍋𓃀𓀁𓈖𓄣𓏤𓀀𓌳𓁹𓄿𓄿𓏞𓏛𓏥𓊪𓅮𓏏𓏖𓏛𓁶𓏏
iw Ab.n ib.i mAA sXAw pAwt tpt
My mind has desired to see the writings of the first original times. (ref. J.P.A)
There is a lot of misinformation out there on the language of Ancient Egypt.​
Two major ones are: 'is it impossible to speak or even write it because no has has ever figured the language out and second 'is that there is no vowels'. Both of these are very wrong. Please refer to my FAQ for info. This site concentrates on breaking the myths and helping you learn the truth through documented facts. This site concentrates on the spoken and the written language of Ancient Egypt and it's Etymology. Please refer to the Etymology page for reconstruction on the pronunciation of the language, an 8 year project of mine.​ Information on the culture, names, religion, offerings and the gods can also be found here. This site is strictly academically based and does not use opinion for historical facts. This site uses the same rules to learn /mdw nTr/ that are historical and academically excepted and taught at colleges like Cambridge and Oxford​ and are used by published Egyptologist such as James P. Allen, James Hoch, Faulkner, and Gardiner. While Budge's work is somewhat outdated, he is not 100% wrong and I encourage you to at least take a look at his works after you start learning MDC and IPA. ​This site uses mostly MDC , which is a universal academically accepted computer standard for the language, so it's a good idea to familiarize yourself with it. For the reconstruction of the pronunciation, languages such as Greek, Hebrew, and Coptic are used as well as other related Semitic and Afroasiatic languages, and the academically excepted IPA.
𓋴𓈖𓃀𓍘𓏭𓅮𓏞​𓃥𓂓
~ senebty pa sekha unishka
​ farewell the scribe Wolf-spirit
𓇳)☥𓆣☥(𓇳
𓂋𓂋𓆵𓃹𓈖𓏌𓏏𓇼𓁷𓏤𓆎𓅓𓏏𓊖
rer unut ḥer kemet/ time and hour from Egypt

© 2013 seshkemet.weebly.com
Under Section 107 of the Copyright Act 1976, allowance is made for "fair use" for purposes such as criticism, comment, news reporting, teaching, scholarship, and research. Fair use is a use permitted by copyright statute that might otherwise be infringing. Non-profit, educational or personal use tips the balance in favor of fair use.
This site is meant for educational purposes only. Date ref. Amentet Neferet - Religion and Traditions of Ancient Egypt