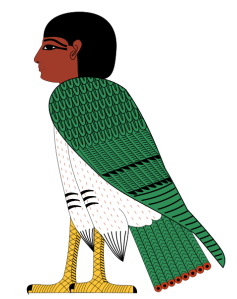 Ran 𓂋𓈖 (Name)
rn in MDC
What is given at birth
It would live on so long as the name was spoken or written. Which is why tombs with the King's name on it were so important. The name was considered so importuned this is why the Shen or Cartouche is placed around it to protect it. This is why also when someone was disgraced their names would be chiseled off effectively erasing their very existence. Renenutet is assigned with giving the ren.


Khat 𓄡𓏏 (Body)
Xt in MDC
khaibit? Alt Pronunciation
The physical flash and bone form that can die the corpse. That which the God Khenmu forms on his potter's wheel then places the ka into.


Sāḥu 𓊃𓂝𓎛𓅱𓋩𓁀(Mummy)
saH in MDC
The form of a dead body that is mummified. The part of the body that is asociated with the soul and can ascend to heaven and dwell with souls.


Ȧb 𓄣 (Physical Heart)
ib in MDC
Consciousness and intelligence
The Ib was important part of the Egyptian soul. What we feel and perceive happens in the heart. It was the heart and not the brain that was the seat of emotion, thought, will and intention. Probably closer to the American concept of the Soul. Your heart went with you into the after life and was weighed by Anpu/ Anubis on the scales in the weighing of the heart ceremony. If your heart proved to weight more then Ma'āt's feather it was devoured by the demon Ammut.

Sheut or shuyt 𓆄𓅱𓏏𓇳𓋼 (The shadow)
Swt or Swyt in MDC
The silhouette of the person
It was always present. It was believed that a person could not exist without a shadow, nor a shadow without a person, therefore, Egyptians surmised that a shadow contained something of the person it represents. For this reason statues of people and deities were sometimes referred to as their shadows. The shadow was represented graphically as a small human figure painted completely black as well, as a figure of death, or servant of Anpu/ Anubis.

Bodily preservation was required, to allow the ba to return during the night, and to rise to new life in the morning. During the opening of the mouth ceremony they have to release the ba's attachment to the body. The ba is activated only in non-ordinary psychic states, such states typically are sleep, the after-death consciousness, meditation, and the nonphysical mode of consciousness attained through initiation. The ba is a way in which the human can manifest in these specifically spiritual circumstances. Literally, the ba means a "manifestation". The human ba is a manifestation on the spiritual plane. The ba refers to all those non-physical qualities that make up the personality of a human.  Louis Žabkar argued that the Ba is not part of the person, but is the person himself, unlike the Christian Concept of the Soul. Beautifully described by Pierre Teilhard de Chardin, "We are not human beings having a spiritual experience. We are spiritual beings having a human experience."

When a deity interacted or intervened in a human's life is was said the bau of the deity was at work. Certain deities were even described as being the ba of another god. The ba was very much attached to the physical body, contrary to the concept of the soul or the spirit. It was even thought that the ba had physical needs, like food, water and sex.

Ka 𓂓 (Soul double)
kA in MDC
The vital essence/force or the double
The ka was created at birth by the god Khnemu on his potters wheel. Heka is the god who is activation of the Ka meaning magic. The ka was the form considered to be the double of a being, both spiritually and physically, the living physical body. Soul, life-source, creative or divine power in any being. When parents have children they say my ka repeats its self and when dies and it is said the ka's of my ancestors reach out to me. The ka can be a ghosts and the spirit that can leave and walk about in dreams. The ka or the double of the person could move about when the person was sleeping. The ka could be released in dreams while a being was alive, but was finally released at death. At death the deceased "goes to his ka , to the sky". The ka controls and protects the deceased. It brings the body food which they eat together. The ka must be fed when one does by their ancestors. It can bring the breath of life to the body or statue, symbolizing the force of life which resides in nourishment. Living in heaven and reuniting with the soul at death, guiding in death. A man's personality could exist apart from the physical body. It distinguishes the difference between a living and a dead person and upon death it left the body to join it's ba in the after life. If the ka was in the body one was living if it was outside one was dead.
𓎛𓈞𓅱𓋴𓏏𓌍 Hmwst is the female counterpart of the kA


Akh𓅜 (Soul combined with ba and ka)
Ax in MDC
The Effective one
It was associated with thought, but not as an action of the mind; rather, it was intellect as a living entity. Akh ​translates as "the shining form," "illumination" or " radiance." Fallowing the death of the physical body the reanimation of the Akh was only possible if the proper funeral rites were executed and followed by constant offerings. The human must also pass the weighing of the heart ceremony. If the heart passed the ka and ba reunited to make the akh. Akh was the name given to the form that the venerated dead existed in. It was immortal and unchanging, it was aloud to travel in the underworld freely. This was the form in which the blessed dead (Akhu) lived on in the hereafter. they were sometimes referred to as 'The Shining Ones'.

The akh could could turn into only a wondering ghost if the tomb was destroyed or not taken care of properly. If the tomb was not attended to properly the Egyptians called this 'dying a second time'. This is why a tomb well stocked with food and other things to live with was so important for relatives to keep replenished. The Egyptians also had a saying 'have you fed your ka' which meant have you eaten. The akh could function as a ghost of it's own accord and could harm or help the individual depending on the circumstances. It could cause nightmares, feelings of guilt, sickness, and so on. The akh could be evoked by prayers or written letters left in the tombs. Akhu could intervene in disputes by appealing to other akhu or deities who could influence things on earth, but they could also punish and individual.


Sekhet-Ȧaru/ sxt-iArw 𓇋𓄿𓂋𓅱𓆰𓆰, 𓇏𓏏𓈅𓏺𓏪𓈀𓏺𓈇𓏭𓂋𓏺𓆙𓊖 (Egyptian elysian fields, reed fields)
Final destination for the souls resting place in the east where the sun rises if you pass the weighing of the heart. also known and the sxt Htpt/ field of offerings.