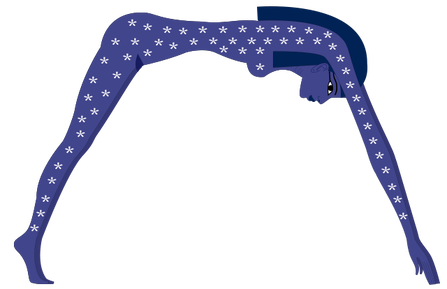 Features
Normally appears as a naked women covered in the night sky and stars who stretches over the earth. Sometimes as a women with a rounded pot on her head. She is connected with the 365 days. Prior to her there was only 360. Ra did not want anyone to over throw him so he did not want Nut to have children. She spoke to Djehuty and asked him to help her. He plaid a board game with Khonsu the god of the moon. Khonsu lost and in turn gave some of his moon light to Djehuty. He had enough moon light after Khonsu lost so many times to make 5 extra days. Since these 5 extra days where not a part of the normal year Nut was aloud to be with her husband and give birth. She had a child for each extra day. Ra was so angry when he found out he placed Shu her father kept them separate for eternity.

Roles
Goddess of the Sky, Stars, the Sun, the Moon, Light, Heaven, Astronomy, the Universe, Air, and the Winds. Part of the creator story in Heliopolis.

Connection to other gods
She is part of a triad of her the night sky stretching,  her husband and brother Geb god of the earth  who lays under neither her and her father Shu the the personification of air who stands between the two and keeps them separate.
Rea/Ρέα, Rhea/Ρέαϛ  (Greek) (Plutarch)

O Great One, Sky,
You made power and strength,
and filled each place with Your beauty,
All lands belong to You.
You hold Geb and all creation in Your embrace.
Pyramid Texts 782

I am Nut, I have come to thee bringing thee gifts.
Thou sittest under me and coolest thyself under me and coolest thyself under my branches.
I allow three to imbibe of my milk and to live and to have nourishment of my two breasts; for joy and health are in them...
Thy mother provides thee with life.
She sets thee within her womb wherein she conceives.

Temple Offering Prayer
light a candle before saying it

An offering which the Priestess/ Priest (Hm-nTr) of Nut gives, beautiful of face,
I give a voice offering of, fire, oil, and praise,
everything good and pure on which a Goddess lives.
Praise Nut!
May blessing's given to the Temple of Nut!